The title of the show is a Latin locution that expresses the idea of eternity and is literally translated as “unto the ages of ages” (forever and ever).

The exhibition features a new series of paintings on linen, accompanied by a few small volcanic rocks covered in red ceramic glaze. In Saecula Saeculorum questions and stands out the permanency of objects throughout the time.

Bosco Sodi shows his signature fissured, velvetised and encrusted paintings on linen, a new series of works that he started painting since late 2016. Compared to the prior works, which are heavily encrusted, these show a random and unorganized spatiality in between the matter. The spaces between these pigmented chunks show the absence of the materiality that the work expresses. Absence, can be read not as a lack of something but as a new element that counter balances the rest of the artwork components.

The artist uses a mixture of pure pigment, sawdust, wood pulp, natural fibers, water and glue to create a textured surface that dries into a monochromatic primordial landscape. By doing this process over a clean canvas he explores the volume of color, from deep red to purple and orange, all the way to a simple but strong black. The final result shows a terrestrial surface of which is built up by hand over the course of one or two days.

This is a demanding physical process that Sodi dubs as a continuous action, like a performance. Each piece’s process is influenced by factors beyond his control including climate, altitude, and water density.

It never worries me to let work go. For me making art is about the process not the outcome. (Bosco Sodi) 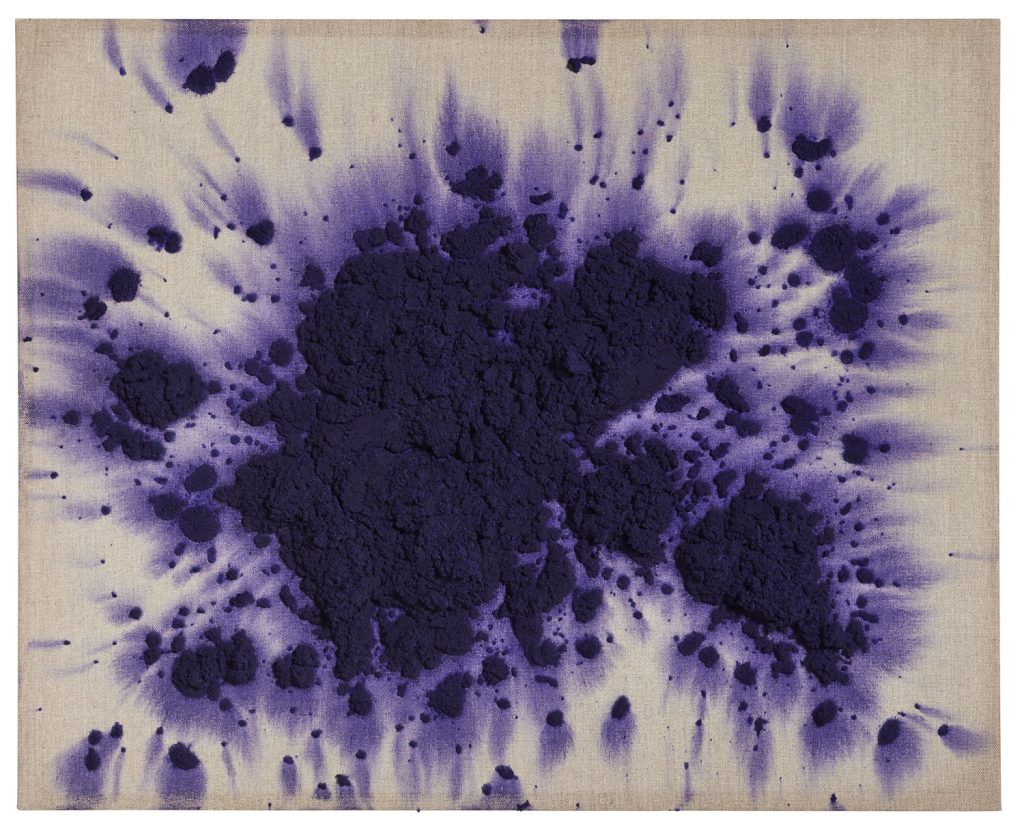