A.R.M. visited the exhibition L’Univers est Silencieux at Galerie Particulière (a space established in Paris and recently open in Brussels) and delved into the works of the young French artist François Chaillou.

The artist first started sculpting as a student in Carrara, Italy. From marble, his experiments with new materials didn’t stop and the sculptures we are able to see at Galerie Particulière are the result of his current curiosity with organic materials – from the technique of bending bones to wax modelling, ceramics, duplication or creation of faces or body parts.We are presented to the human figure, to an immediate identification, with eyes that are closed to the world, as a death mask, still subject to the action and passage of time. During this silent interval, the body becomes a statue and the statue becomes a monument. Corrosion, lichen, moss and branches invade what was conceived by man. The resulting shape, which could be a dead body, is a conditioned trace, it is becoming life. 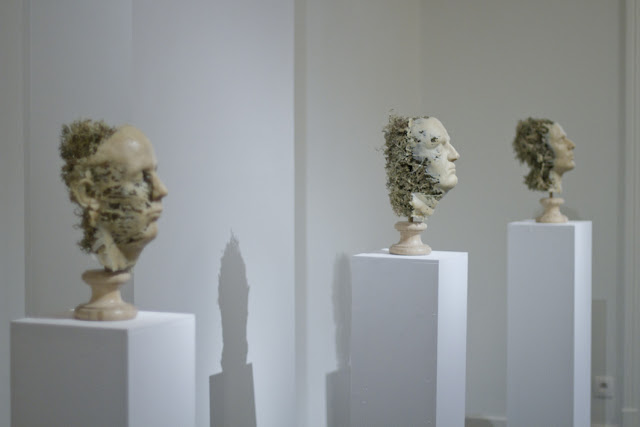